A proud family-owned and operated business

In 1975, Harry Conway set out to make a better life for his young family in the small country Victorian town of Hopetoun.

A determined young Harry wanted to be his own boss and the Hopetoun Bakery was for sale, with then-owner Bob Rivett keen to sell. But one condition – he wanted someone with passion, a strong work ethic and ability to keep on baking in the fine tradition that Bob had perfected over 30 years to take on his business.

To prove himself, every morning Harry voluntarily worked in the bakery from 4.30am ’til 8.30am, before heading off to his day job. After three months, his commitment and determination paid off and on October 1, 1975 Harry and his wife Helen became proud owners of the Hopetoun Bakery.

For the next 10 years they worked 12 hour days, seven days a week before deciding to move to Horsham to start a new era of “pies, glorious pies!”

The move to Horsham

On July 7 1986, Harry’s love of meat pies led to the opening of a small pie and sandwich shop in Horsham, named Conway Pies. From humble pie beginnings, the business took off with customers lined to the door during every lunch service for their freshly-made sandwiches, slices and pies.

Eventually Conway Pies outgrew its small premises in Pynsent Street, Horsham, and so made a move up the street, to a prime central business district location with much larger premises at 51 Pynsent Street. Conway Pies opened at the new premises to much fanfare on the March 1 1999.

Next generation and beyond…

In 2006, Harry and Helen handed over the reins to their son Michael and his wife Laura, who continue the family tradition of providing locals and visitors with great food made fresh. With more than 20 years’ experience in the family business, Michael firmly believes that great food and fantastic service are fundamental to the success of his business. While the traditional Conways pies remain their speciality, Michael and Laura have developed a business that is much more than just a great pie shop. Conways is a coffee shop, bakery, cafe and catering service!

In recognition of the bakery’s growth and diversity, in 2011 they re-branded their business and changed the name to Conways, with the slogan “great food made fresh”.

Changes to their logo, interior and exterior signage plus progressive online marketing have helped Conways develop and grow their Horsham business even further and people travel for miles to enjoy the extensive range of award-winning pies, cakes and other bakery food on offer. 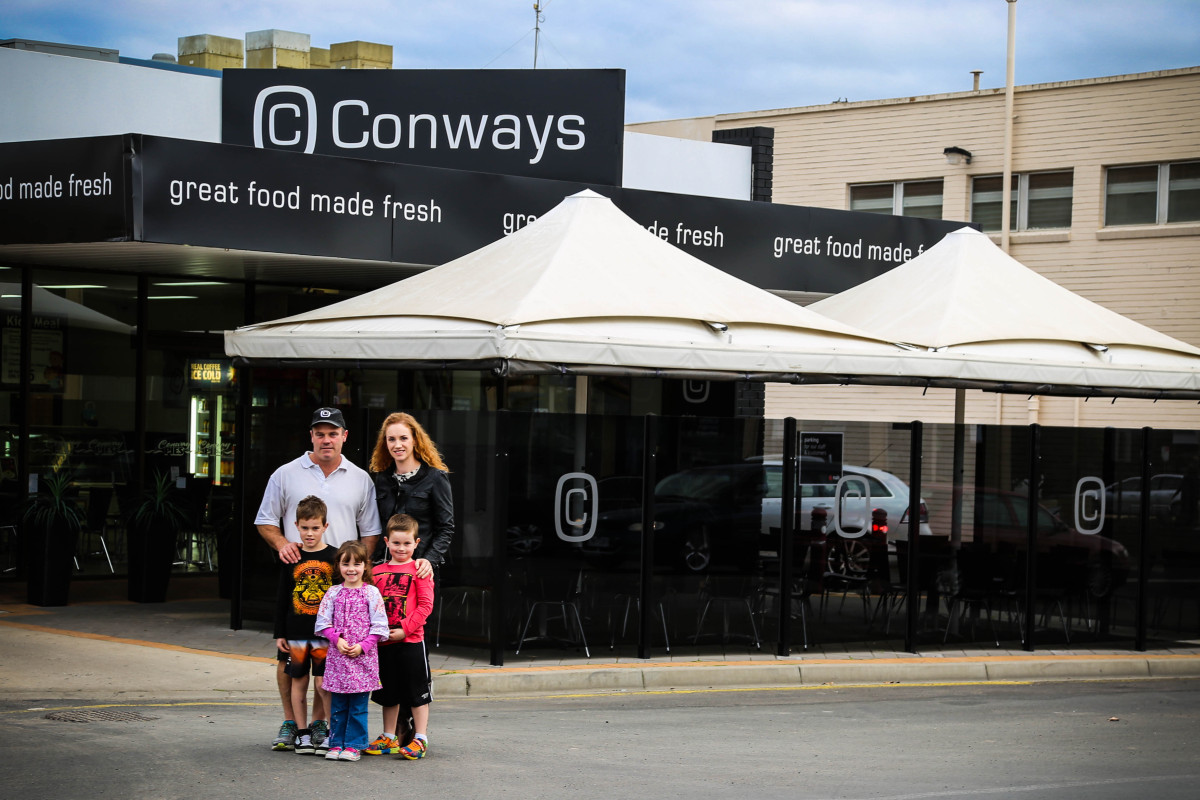