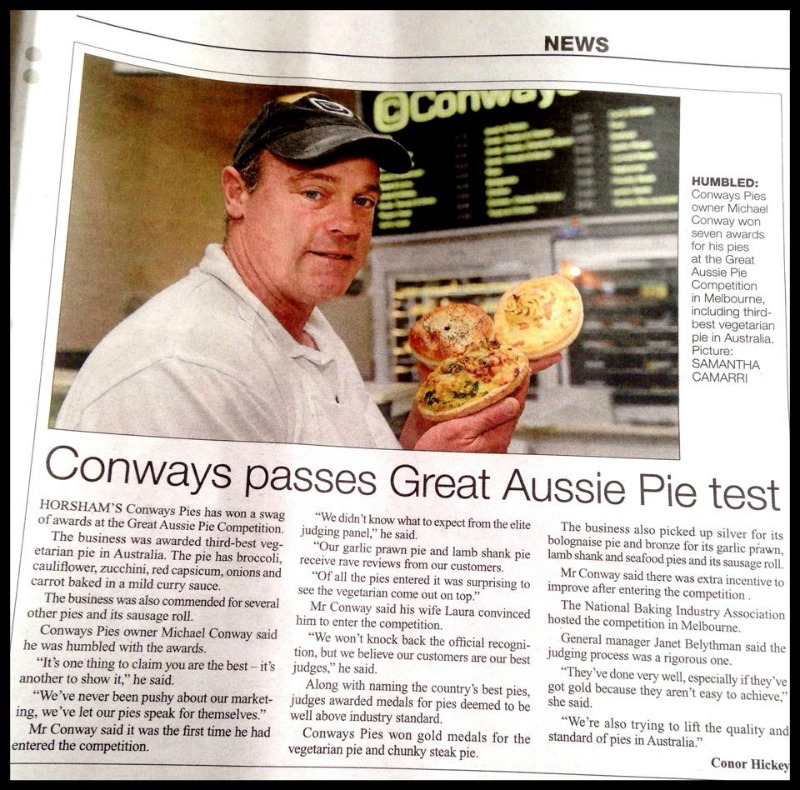 As a family-owned and operated café and bakery in Horsham, Conways is incredibly proud to produce Australia’s third best vegetarian pie, as judged in the Great Aussie Pie Competition for 2014! We entered the Official Great Aussie Pie Competition for the first time this year and are thrilled with the awards we won in numerous categories, including the vegetarian, chunky-mince, red meat and seafood. It is Michael’s dedication to crafting the “perfect pie” which saw us reap the rewards of multiple category wins.

Our stand-out achievements were for our vegetarian pies and our plain, chunky-mince pies, which were both awarded Gold. We also won Silver in the red meat category for our bolognaise pies. We were also awarded bronze in four categories, which are listed below.

See our full list of results from Day 3 of the Official Great Aussie Pie Competition: